Plant a tree in memory of Dr. Jules

An environmentally friendly option
Plant a Tree
Print
Loading...
M
Margo Erme, DO posted a condolence
I just learned of Jerry's death and am so sorry. He and Mern were medical school classmates of my father and our families were close for years. I was also fortunate to have had him as a preceptor when I was in medical school. My condolences to the entire family.
Please wait
Share Comment
J
John Erme posted a condolence
Jeri Lynn, Eric, Jennifer, Paul, Stephanie - so sorry to hear about your father. The visits to Lapeer are classic childhood memories. I can picture the farmhouse and riding the horses. After all these years I still remember your dad singing the "Streets of Laredo". I think 1972 was our last visit. I was 8 then. I called your dad about 10 years ago out of the blue and caught up on the family. Then a second time Mom to Jerry either right before or soon after Mern died. Mom loved talking about the Ermes, Reinhardts and Mendecinos scraping by in trailers during medical school in Kirksville, MO. She enjoyed that time so much. Our dad passed away in Dec 2007 and Mom in Dec 2015. Margo, Scott and I are in OH (Akron, Wadsworth and Canton). Will's in Middleton, CA. Kurt's in Seattle area. Nita is on the move now heading toward Oregon. My best to all of you. John
Please wait
Share Comment
J
The family of Dr. Jules L. Reinhardt uploaded a photo

RIP Dr. Reinhardt. You were a great Doctor and a great man
Please wait
Share Comment
C
Carolyn D Kaminski posted a condolence
I will always remember the day he caught their beloved MOE and loaded hIm in my truck. Sweetest ram I ever owned. He and Marilyn were the kindest of shepherds.
Please wait
Share Comment
K
Kim Ross posted a condolence
So sorry for your loss. He was indeed a good man and Dr. I'm sure he will be missed dearly by many.
Please wait
Share Comment
B
Betty Rhein Carey posted a condolence
Doc Reinhardt was my doctor at the age of 11 and deliver all 3 of my children, he was my doctor till I left lapeer... He was one great person and doctor.He told me I was going to have a Boy and it was a girl..LOL when my marriage was on the rocks and I was pregant with my son. He told me that I gave birth to beautiful children and that it'll work out. It did thur all 3 children.RIP Dr Reinhardt. We love you .
Please wait
Share Comment
P
Pattie Jerke posted a condolence
He will be very deeply missed...I've known him since the day I was born 48 yrs of a doctor, a friend and my second dad he may not been blood but it was there w both of us...When I was having some hard times he told me his door was always open for me, then when his health got bad I told him to pack his stuff he was coming home w me and I was gonna take care of him he smiled said Pattie I know you would but I think you'd get me fat w all your cooking :) Just before he retired I had gone to the office and I was crying like a baby he turned to me w a tear in his eye and hugged me for the longest time padded my face kissed me saying I love you and I'll still be here for you...I believe one day I'll see him again he was the first I seen when I came into this world and I hope he's one of the first I see when I leave...Just a very amazing man and well loved...Prayers and comfort to all the family...
Please wait
Share Comment
B
Becky Newman posted a condolence
He truly was one of a kind. I can envision him, Det and the rest of the "possee" sitting around a fire telling their tall tales. Happy Trails dear friend, until we meet again.
Please wait
Share Comment
K
Katherine Henry posted a condolence
Dr. Reinhardt was my physician many years ago for about 20 yrs in younger adult life. He was always compassionate and caring Everytime I went to see him. May your family be blessed and at peace knowing he is not in pain or suffering in anyway and that his soul lives forever. May you know that this wonderful man was a blessing to many and that he was a gift to many.
Please wait
Share Comment
L
Linda White posted a condolence
Dr. Reinhardt wasn't my family physican, but in 1983, he delivered my oldest daughter because my doctor, Russell Peterson went on vacation. The first time I met him was in the delivery room. We got through everything fine, so he must have calmed my first time birthing jitters! My condolences to the family. I'm sorry for your loss.
Please wait
Share Comment
P
Pam Baxter lit a candle

RIP "Doc" Many fond memories growing up over the years.
Please wait
Share Comment
J
Judy Nash posted a condolence
So sorry to hear about his passing. Dr. Reinhardt was our families first family physician after we moved to Otter Lake. He was always patient with our family and took the time to listen to all our problems. I remained a patient of his until moving out of the area. I remember him knidly.
Please wait
Share Comment
C
Cindy Butterfield-Bennett posted a condolence
My heart is so sadden by the passing of Dr. Reinhardt he was one of the last few gentlemen we have left . May He Rest In PARADISE
Please wait
Share Comment
M
Melissa Munson posted a condolence
I had the pleasure of knowing Dr.Reinhardt and Marylin. I met Dr. Reinhardt first being an employee at Lapeer County Medical Care Facility and then he ended up becoming my doctor after so long and I will always remember him because he was so caring and so persistent in finding out my problem that I was having that no other doctor would seem to figure out at the time and I was going through so much pain at the time and darn it he ended up finding out what was wrong and he took care of it and I've been good ever since. I will be completely appreciative for that forever. He was a good doctor and a good man. As for Marylin I got the pleasure of caring for her during her stay at Lapeer County Mediacl Care Facility and what a sweet gentle women she was. It was an honor to know them both. My thoughts and prayers are with all you. -Melissa Munson
Please wait
Share Comment
M
Mary Fry posted a symbolic gesture 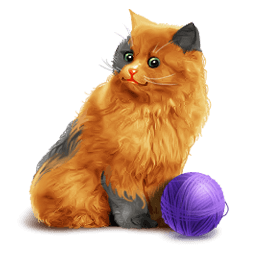 Doc was in my life for a lot of years, my mother worked in his office at Knollwood Clinic, I was a patient there too, my husband John Kula was in the sheriffs posse with him and he was the only Dr. my late husband would see because he would talk deer hunting with him...he was a kind and caring man. We loved having the cats at the office at Suncrest.
Please wait
Share Comment
D
Debbie Barber Harman posted a condolence
I am 62 years old and live in Greensboro NC, but I grew up in Columbiaville MI. Dr. Reinhardt was our family doctor while growing up. He was a kind and wonderful Doctor. Our family was blessed by him. I want to thank his children for sharing their father with the community. May God comfort your hearts during this time.
Please wait
Share Comment
s
shelley striber lit a candle

Please wait
Share Comment
s
shelley striber posted a condolence
Erik & julie thinking of you at this time so sorry for your loss, Dr.Reinhardt was a very caring man , He had a smile when he came in the room and was so nice to talk to,I'm glad I had him as my DR.for as long as I did , my mom would make Erik & him homemade apple pies he sure liked them he said, R.I.P.(DOC)
Please wait
Share Comment
S
Sheryl Sutherland posted a condolence
I moved into the North Branch area in 1998. I met Dr Reinhardt about 6 months later and was lucky enough to become his medical assistant when he was working with Dr. Rita Lang over in Lk Nepessing Rd. I'll never forget the moments after moving into his new office space under Suncrest and the shear joy that he had. He was like a kid in a Candy store. He was so excited to finally have his chance to serve his patients the way his heart had been wanting to, with no strings attached. That's all he ever wanted. I have seen times where he would spend quality time on the phone with insurance review boards to try to get referrals for his patients. He stayed late or came in early to see his patients. He bought some very expensive gadgets to provide better care for his patients and only to learn that most insurance companies did not like paying for the service, so he lost out. He hated the rejections that came from the managed care departments. He always put up a good fight for the quality of care that he knew his patients deserved. He did not mind the home phone calls, or the house visits when his patients needed him. I think about how he made sure that the exam rooms had an old type student desk in each room because his plan was to go into each room and sit down to listen. He wanted to hear his patients needs. He continued to surprise me with his sharp knowledge and accurate diagnosis' even while waiting on test results. I loved spoiling him. I tried hard to take care of the small stuff so he could relax and drink his coffee in his office. We trusted each other. We worked so well together. I never seen him turn down a patient in need. He gave medical advice to anyone who asked for it. His riches could only be seen in his heart to serve. He treasured his family and his patients. I know there will never be another doctor that compares to Dr.Reinhardt and his love for his patients. My heart was broken when he retired and then shattered to hear of his death. He proved to me that he is a legend in the field of medicine.
Please wait
Share Comment
C
Carri Ormiston posted a condolence
He was definitely one of the greatest doctor's inLapeer. I saw him as a teenager. Such a caring person . I will miss his smile. That smile would brighten any person. I hope all of you know how thoughtful he was and that you cherish every single one of those moments. Hugs to all of you and may you rest in peace Doc❤️❤️
Please wait
Share Comment
J
Joyce watson lit a candle

Share Your Memory of
Dr. Jules
Upload Your Memory View All Memories
Be the first to upload a memory!
Share A Memory
Plant a Tree

Find out more about the services we provide

Special Care For those who served honorably

Through our affiliation with Michigan Cremation & Burial Services Network we serve families as far as West Branch to Jackson and Port Huron to Lansing.